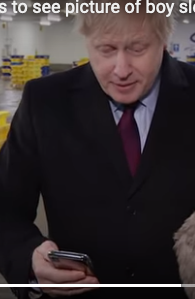 Remember waking up to the shock of the Referendum result in 2016? Today feels very different. Yes the Conservatives have won 363 (with 2 yet to declare), by taking seats off Labour in their traditional heartlands. They have a reasonable majority but it’s no landslide. Labour won 419 seats in 1997. The Tories won 343 in 1992 and 376 in 1987.

Thanks to our ridiculous electoral system, the Tories gained 30% of the total electoral vote, and have a healthy majority. 33% of voters did not vote. I’m increasingly of the view we should adopt the Australian system where it is compulsory to vote. “No taxation without representation” can work both ways.

Johnson has already admitted he’s won by “borrowing” votes from Labour, suggesting he knows this is a temporary shift as a result of two things – Brexit and Corbyn. Leave voters in Labour constituencies will have been horrified by Labour’s vacillation over Brexit and their position going in to the campaign was confusing, even if it was logical. Logical doesn’t win campaigns.

Perhaps more significant was Labour and floating voters’ distrust of Corbyn himself. He was elected leader by accident and he has shown his inability to be the leader Labour needed, at this critical moment. His own deep euroscepticism was clear for all to see, even if he reluctantly agreed that the party would take a different line – but he was certainly responsible in part for their confusing shifts and slides in position over the past four years. His utter failure to tackle the anti-semitism scandal will also have contributed to people viewing him as an unsuitable leader of a political party, let alone Prime Minister. And then there’s that long history of supporting radical (and militant) causes around the world. It’s what a devotee of international socialist revolution would naturally do. But most people would not want someone adopting that political stance to be their Prime Minister. So people didn’t vote Labour because Corbyn (and the cabal around him) was in power.

Of course there have been lots of dirty tricks and I’ve read that there was a massive social media campaign by the Tories in the last couple of days of the election. Hopefully we will find out the details but Facebook appears to be deleting the ads now so perhaps we will never know how effective it was in shifting votes in key constituencies at the last minute. With a decent majority there is now little chance of there being any kind of investigation into electoral malpractice, and certainly not the root and branch reform we desperately need of our electoral system and regulation of electoral campaigns and funding.

One thing which is now resolved is that Brexit is solely the domain of the Conservatives and they will now own whatever happens next. The Brexit Party has fulfilled its role, shifting the Tories towards the hardest possible Brexit and Farage will disappear off to the US dinner speaking circuit. Thank goodness for that. One thing that is still unclear is how the ultra-hard right European Research Group clique within the Tory party will behave now. Does Johnson have enough of a caucus, particularly among the new intake, to support his approach of a 11 month transition period and the “border in the Irish Sea” solution to Northern Ireland. Or is the ERG still large enough (or perhaps enlarged) to push for other forms of Brexit. Given that Labour will be in total disarray for at least a couple of years it seems unlikely that we’ll see anything like the bizarre coalitions that sprung up in Parliament over the last couple of years. Johnson has a clear run at whatever Brexit he wants to get done. And he’ll have to live with the consequences whatever they are.

On the environment, which let’s face it had a good campaign, I hope that some of the manifesto commitments made by the Tories stick. But the underlying reality still stands, which is that leaving the EU is bad for the environment – especially as Johnson has made clear he is moving away from the “level playing field” alignment with the EU. So we can say goodbye to the extra protections afforded by the EU directives – Habitats, Birds, Nitrates, Environmental Impact, Water Framework, etc etc. This is going to be painful. Will it make a massive difference to nature in the UK? difficult to say but the changes will be very significant in some places. EU law has held back housing development around the Heathlands of southern and central England for 15 years now (including here in Dorset). Those restrictions must be under severe threat as the housebuilders (who help fill Tory coffers at every election) look to capitalise on all that land becoming available, without having to spend anything on SANGs. There’ll be further relaxation of planning rules to allow development in the Green Belt and I would expect around villages  and towns. And a further accelerated sell of of public land (for housing.)

The fate of UK agriculture now rests in the hands of whoever becomes Trade Secretary and how keen they are on a US trade deal. Opening up our borders to imports of cheap food from the US and elsewhere will spell disaster to our farmers who can’t possible compete on price, however much they intensify. Equally a poor trade deal with the EU, or no trade deal at all, will cut off exports markets for Lamb and Beef, in particular. I’d also expect rules on growing GMO crops to be relaxed once we leave the EU.

Action on climate change will proceed in the slow land towards net zero by 2050, but once we are tied closely to the US, our enthusiasm for action (especially overseas) will be mitigated by whoever is in power there. Nevertheless I can see a big forestry programme getting going, with mass conifer planting on all that abandoned sheep land. I’m sure Confor will be grateful to Friends of the Earth for delivering their policy agenda for them. As a sop to the environment lobby, expect to see a handful of new national parks delivered by the Glover Review and some more introductions of lost animals; but with landowners being given free rein to cull them if they breed too successfully.

One question that is still to be resolved is whether Johnson and the Tory Party will shift wholesale to the positions adopted by the hard right  – the faux libertarians who occupy all those Think Tanks in Tufton Street. I’m talking about the “Singapore on Thames” vision, of a low tax low regulation society (although Singapore is much more complicated than that). This vision involves completely dismantling the welfare state created after the Second World War. I’m in two minds at the moment as to whether it will happen. Chances are that there are enough devotees of this political stance in the new Cabinet to push for it to happen. On the other hand Johnson (or rather his advisors) will be mindful of all those “borrowed” Labour voters, who are much more inclined towards a mixed economy. So there might only be baby steps for the moment, putting in place the measures needed to see a wholesale shift after Brexit is a distant memory.

If it’s any consolation, it was still a struggle to get Labour interested in the environment after the initial enthusiasm of the late 90s – and progress to reform the CAP was so glacial that I’d more or less given up believing any significant change was possible 5 years ago. We are still more likely than not to have a new agriculture policy which supports payments for public goods – and that’s worth campaigning for.

Nature still needs our voices to be heard, whatever Government is in power.

UK conservation professional, writing about nature, politics, life. All views are my own and not my employers. I don't write on behalf of anybody else.
View all posts by Miles King →
This entry was posted in 2019 general election and tagged 2019 general election. Bookmark the permalink.