Why EU laws to stop pets chasing wildlife (and livestock) are not comical. 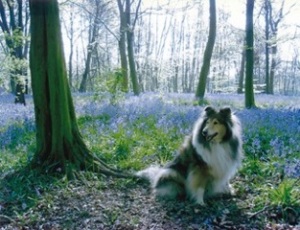 It’s always tempting, when writing a weekly column, to return over and over again to a well chewed bone called Brexit. And despite Westminster having descended into full-blown Whitehall Farce territory last week, I am going to resist the temptation for now. I would, however, recommend reading whatever Brexit-related musings Marina Hyde has produced (they are out usually on a Friday); or for a surreal take on life generally, Stewart Lee is hard to better. Instead, I’m going to return to another couple of equally well-chewed, but perhaps not quite such botulous skeletal remains, in the form of Natural England, Housing, Dogs and the Ministry of Defence.

Firstly, I think we should all welcome one of the more unusual decisions made by Michael Gove in his entire political career. Gove is something of a political chameleon – who can forget his sycophantic interview two years ago, with the newly elected US President Donald Trump, for example?  Or his suggestion that the Good Friday Agreement was equivalent to the appeasement of Nazi Germany? Or the fact that he was one of the main leaders of the Vote Leave campaign for Brexit, which has worked out so well for everyone. I imagine he would like us all to forget at least two and probably all three of these facts.

Gove’s task was to find a new chair for Natural England – the Government-funded public body which has the job of standing up for Nature in England. And which, of course, I have written about previously ad nauseam.

Gove could have followed his predecessor Owen “badgers moved the goalposts” Paterson and chosen from within his own circle. In 2013, Paterson gave the job to Tory Party donor Andrew Sells, who made his fortune building housing developments. Sells was Treasurer of favourite Tory think-tank Policy Exchange, for which Gove was the founding chair.

Dark-funded corporate lobbying outfit the ‘Tax Payers’ Alliance (TPA) has a long running campaign to get right-wing people placed into public positions running organisations like Natural England, presumably  fearing a modern re-enactment of the old “reds under the beds” moral panic of the Cold War, where Soviet sleeper agents (brainwashed or not) were installed into Western Democracies, waiting for ‘that phone-call’ and the quietly muttered code word that would activate them to murderous intent.

But no. Gove is mercurial by nature and liable to delight in sending everyone off-balance, as he proved by selecting Tony Juniper as the new Natural England chair. Not only selecting Juniper, but sticking to his guns, when Number 10 balked at the appointment. For Tony Juniper is not a Tory. Tony stood for the Green Party in the 2010 General Election and gained 3,804 votes.

I’ve known Tony for over 30 years, meeting him when were both students at University College London. I worked with him when he was leading the wildlife campaign for Friends of the Earth (I was at Plantlife). I remember following him around a variety of locations near Newbury during the Newbury Bypass protests – neither of us were arrested. We don’t agree eye-to-eye on everything: Tony has nailed his colours to the mast of Natural Capital, something to which I am deeply opposed – and we’ve aired our differences on this in a public debate. Nevertheless, it is difficult to underestimate just how important an appointment this is.

Previous chairs of England’s official nature guardian had been from ‘the Great and the Good.’ When Andrew Sells took over as chair I looked back at the history of this role. Previous incumbents included aristocrats, Whitehall Mandarins, more aristocrats, city bankers, and aristocrats.

It was only in 2001 that a working class Labour council leader, with a fierce passion for nature and landscape, Sir Martin Doughty, broke the mould. But this turned out to have been a minor aberration (or as the TPA would see it, confirmation that the Reds really were out there) and when Doughty died his replacement was a farmer, Poul Christensen. Christensen oversaw the very controversial protection of the former MoD training area at Lodge Hill in Kent, as a Site of Special Scientific Interest (SSSI). He was sacked shortly afterwards by Owen Paterson, possibly for being not enthusiastic enough about the Badger Cull.

The fate of Lodge Hill continues to hang in the balance, although its protection as SSSI means that for now its future is relatively secure. Homes England has indicated that it no longer wishes to build on the SSSI, just all the way around it. But housing developments don’t just affect the nature being bulldozed to make way for new homes; they have other impacts.

Imagine if every other home built was occupied by a family with a dog. Those dogs need taking for walks, and that means walks in the surrounding land. If that land is a Site of Special Scientific Interest say, for ground-nesting birds, for example… then you can see that lots of extra dogs being walked on that land could have a major impact on the wildlife, for which the SSSI has been designated. No more ground-nesting birds. Even in more normal countryside, dogs can have dramatic impacts on wildlife.

It may not surprise you to discover that planning officers do not take into account, all the extra dogs brought into an area (and their being walked on nearby SSSIs) as a result of new housing development, when deciding whether to recommend approval of such housing. And if the planning officers aren’t looking, then you can guarantee the councillors who make the final decision will not either. But if that SSSI happens to also have a European designation, thanks to the EU Birds or Habitats Directives, things are very different. And despite the fact that we are leaving the EU, at some point, the extra protections afforded by EU law, for Special Areas of Conservation and Special Protection Areas, still stand. For now.

And this is exactly what has just happened in York. Because the Ministry of Defence (MoD) is continuing to sell every possible bit of land it owns for housing development. And one of these bits is Strensall Barracks, which the MoD wants to sell off for 550 new houses.

Strensall Barracks is right next to Strensall Common, also owned by the MoD. And Strensall Common is both an SSSI and the European designation of Special Area of Conservation. The Common supports internationally threatened lowland heath habitats, including such delights as Marsh Gentian and the carnivorous Sundew plants.

The Council has concluded that the MoD’s proposals to build houses on the barracks site, will bring lots of extra dogs and these dogs will be taken for walks on the Common (right next door.) The dogs will chase the livestock, performing the vital function of grazing the heathland, and the condition of the SAC will deteriorate. This is all laid out in the Local Plan Habitat Regulations Assessment, which has led the Council to reject the MoD’s proposals. Needless to say the MoD is livid and will want to see Natural England, whose job it is to protect SSSIs and SACs, hung out to dry.

There’s a certain irony here, which is that during the Referendum campaign Michael Gove singled out for ridicule the protections afforded to heathland wildlife by these EU Directives. Gove talked of comical rules “to prevent cats chasing birds”; rules which also stop those extra dogs from being walked on heathlands.

And now this case, involving these comical rules, will be top of the pile in Tony Juniper’s in-tray, waiting for him when he starts his new job. Will Tony regard these rules as comical? I think that’s unlikely myself, given that Tony expended quite a lot of energy while at Friends of the Earth working to make these laws more effective at protecting wildlife.

Perhaps even Michael Gove no longer regards these rules as only fit for ridicule.

Perhaps even he now understands that it is these laws which are there to protect nature, and it is Natural England’s job to see that these laws are respected, by everyone. Including the Ministry of Defence.

UK conservation professional, writing about nature, politics, life. All views are my own and not my employers. I don't write on behalf of anybody else.
View all posts by Miles King →
This entry was posted in dogs, Michael Gove, Natural England, Tony Juniper and tagged dogs, habitats directive, Michael Gove, Natural England, Tony Juniper. Bookmark the permalink.

2 Responses to Why EU laws to stop pets chasing wildlife (and livestock) are not comical.