Chairs Past Present and Future 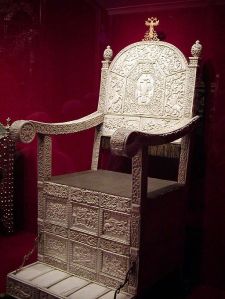 The National Parks and Access to the Countryside Act in 1949. It was one of the many amazing creations of the Attlee post-war Government (not forgetting the NHS, Universal Suffrage and Comprehensive Education). In 1950 the Nature Conservancy was established and its first chair was Sir Arthur Tansley, arguably the father of the science of Ecology and an ardent conservationist.

In 1963 the aristocrat Lord Howick  – Evelyn Baring of the banking family, became chair after a highly distinguished career in the Colonial Service. Howick steered the Conservancy through tough times, when the Natural Environment Research Council was created in 1965, the the Countryside Commission was hived off in 1968. In 1973 conservation was rescued and the NC split into the Nature Conservancy Council and the Institute for Terrestrial Ecology. Sir David Serpell was NCC’s first chair – he had been a Permanent Secretary and used his Civil Service expertise to establish NCC within that landscape – though he will be remembered more for his role in the Beeching railway cuts.

Sir Ralph Verneybecame chair of NCC in 1980 and steered the NCC through the treacherous waters of the Wildlife and Countryside Act 1981, the most amended bill in parliamentary history. He fell out of favour (apparently after the controversy surrounding the notification of West Sedgemoor as an SSSI – when effigies of Verney and NCC officials were burnt on the Levels) and was quickly replaced in 1983. Verney was very enthusiastic about conservation, from an aristocratic land-owners perspective.

Verney was replaced by Sir William Wilkinson – some at the time may have thought Wilkinson was brought in to be “a safe pair of hands”, but they were wrong. Wilkinson had also been a Banker in the City, where he famously stood up to Tiny Rowlands when Rowlands took over LonRho.  Another passionate conservationist, Wilkinson steered NCC through the very dark era when Sir Nick Ridley was Environment Secretary. NCC stood up to the worst excesses of Thatherism (planting forests in the Flow Country, for example), with Sir William at the helm. Ridley – Owen Paterson’s wife’s late uncle, wrought his revenge and killed the NCC, splitting it into English Nature, CCW and SNH.

English Nature’s first chair was Lord Cranbrook, who had spoken in Parliament in favour of NCC’s creation in 1973. An academic zoologist, he sought t0 re-build EN after the cataclysm of NCC’s dismemberment, though that era may be better remembered for Derek Langslow’s corporate approach to EN’s strategy.

Barbara Young, ex Chief Exec at RSPB took over the chair in 1998, but left quite afterwards, to be replaced by Sir Martin Doughty. Both Young and Doughty had conservation running through their veins, and EN prospered under their chairmanship, as well as a moderately sympathetic Government (and healthy public sector finances.) The CROW Act of 2000 and the NERC Act of 2006 both strengthened EN’s powers to protect and manage SSSIs. Doughty took EN through the sometimes painful merger with RDS and the Countryside Agency and sadly died soon after.

Sir Poul Christensen took over in 2007. Christensen comes from a staunch farming background but during his tenure NE had been prepared to stand its ground against the power of the NFU and the farming establishment, until the Coalition took over and hobbled it.

Christensen has served his 2 terms and we will now have, unless something dramatic happens Edward Andrew Perronet Sells.

What can we tell from this quick look back over the chairs of the conservation bodies? Many of them were aristocrats, some were academics and financiers. Most in the past were Tory leaning (on the wet side of the party), though Young and Doughty were/are clearly Labour supporters. But all of them (perhaps with the exception of Serpell) had a passion for nature conservation.

9 Responses to Chairs Past Present and Future