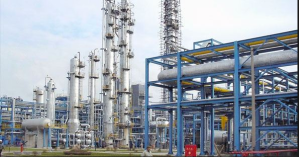 Are humans, and everything we do, part of nature? Or have we evolved to the point where what we do is no longer considered “natural”? This might seem like a philosophical question, but the answer to it has a great bearing on our future, as individuals and as a species.

Geologists are already talking about a new epoch created by humans – the anthropocene. And, as an illustration of that, a piece of research that’s just been published calculates that farmed poultry makes up 70% of all the world’s birds, and that only 4% of all the mammals on the earth now are wild – ⅔ are livestock and ⅓ humans.

One the biggest factors that has helped drive this transformation is our ability to break out of our ecological niche. Every species has a niche which determines how and where it can live. That niche includes things like the ideal temperature and how much water we need to survive, plus what we use for food, and how we interact with other species.

Growing our own food (farming) instead of collecting it from wild sources certainly was a big step towards that break-out  -al though a few other species also carry out forms of farming – ants manage aphids to produce honeydew in a similar system to dairy farming, and also cultivate fungus gardens.

Perhaps the biggest step out of our niche in recent times, has been the ability to directly create reactive Nitrogen. Nitrogen is one of the fundamental building block elements of life – without Nitrogen there would be no protein, no DNA. Life, as we know it, wouldn’t exist.

And Nitrogen is all around us – 78% of the planet’s atmosphere is Nitrogen, so every breath you take is basically Nitrogen, though you wouldn’t know it. That’s because it’s bound up in an inert form of two Nitrogen atoms joined together – sometimes called di-Nitrogen.

In order to be available for life, di-Nitrogen has to be split apart to create reactive Nitrogen atoms – which are chemically unstable. These atoms want to form stable molecules so will very quickly combine with other atoms to form things which are very useful for life – things like Nitrate and Ammonia.

Before life evolved, and even now, a great deal of Nitrogen in the atmosphere is broken up into reactive Nitrogen as a result of Lightning, where very high temperatures break apart those inert Nitrogen molecules. And this is where the first life forms got their Nitrogen.

But very quickly this source was not enough to feed life, which then evolved the ability to mimic lightning’s effects, through the creation of a special protein (or family of proteins) called enzymes – we call them Nitrogenases. The bacteria (and similar microbes) with Nitrogenase are known as Nitrogen-fixing bacteria. Without them life would not have evolved to the point where humans appear. Fast forward a few billion years to the 19th century: Human populations had grown vastly, but were struggling to produce enough food to feed all the human mouths.

Farming was still dependent on those N-fixing bacteria, especially the ones living in the roots of particular plant families – like the pea family (legumes). Farmers realised that legumes like clover had a special property which made soils richer, allowed more crops to grow, and more animals to feed from them. And chemists were starting to identify the atoms and molecules at work under the surface.

As the British and Spanish Empires expanded across the globe, Explorers in the 1830s discovered that there were a few very special islands which were incredibly rich sources of Nitrogen. These were the guano islands – found in places where deep ocean current brough Nitrogen-rich matter up from the ocean floor, which created massive numbers of fish, which were eaten by sea-birds, who created islands, literally made up of their own excretions. Guano islands were discovered off the coast of South America, Southern Africa, in the Caribbean (including the lair of the James Bond villain, Dr No)  and in the Pacific.

Realising that this resource of Nitrogen could provide the answer to increasing food production back home, these islands were mined, and the guano sent back to the homeland for use in farming.

Descriptions of these places suggest they were hell-holes, with bonded labour or slaves used to mine the stinky bird pooh – but they were also extremely lucrative, with fortunes quickly won and lost.  A few decades later, deposits of Nitrate-rich rock (Caliche) were discovered in Chile, and this led to a Nitrate boom with Chilean Nitrate exported across the world. It also ignited a Nitrate war between Bolivia, Peru and Chile.

By now there was a new but also big demand for Nitrate – to create explosives for use in warfare. Saltpetre (Potassium Nitrate) is one of the three compounds which form gunpowder, but it was hard to make. Gunpowder was originally invented by the Chinese, but the technology arrived in Europe during the late Middle Ages, transforming war.

In England from Tudor times onwards, Saltpetermen (from the Worshipful Company of Salters) were tasked with collecting it from places where it “grew” – cellars, pigeon-houses and stables – the terrestrial equivalent of those guano islands. The Saltpetermen had special powers to enter private property and collect the saltpeter, and this created all sorts of problems, including possibly contributing to the reasons behind the English Civil War.

The Chilean Nitrate became more important as the guano deposits were exhausted, and the race was on to find some other way of producing Nitrogen usable for farming. During the First World War, Germany’s imports of Chilean Nitrate (needed for their armaments industry) dried up, as the naval blockade of their few sea-ports really took hold.

During the first years of the 20th century, Fritz Haber, a German Chemist, had developed a process to create Ammonia from Nitrogen and Hydrogen, without the need for N-fixing bacteria or rare mineral deposits. This was then transformed into an industrial process called the Haber-Bosch process, allowing Germany to manufacture Nitrate for explosives and the war to continue, killing millions more. Haber went on to become the father of chemical warfare, developing poison gases. Such is the two-edged sword of chemistry.

Even more significant than his military discoveries, was the fact that the Haber-Bosch process suddenly removed the natural limit on available Nitrogen for farming. It wasn’t until after the Second World War that artificial Nitrogen fertilisers became widely available, but once that moment arrived, farming was utterly transformed (and overnight the Chilean Nitrate boom was dead.)

Without too much thought for the consequences (other than increasing food production), Nitrogen fertilisers, were used everywhere they could be used. Food production shot up, to the point now where it is estimated that half the global food supply is produced using N fertilisers. It’s arguable that Fritz Haber is the person whose discovery had the biggest influence over the human population explosion of the 20th and 21st century.

But there’s been another consequence, one which is now among the greatest environmental problems facing us and the Planet – there is now too much reactive Nitrogen swilling around. For the past 60 years farmers have been putting on more Nitrogen than the crop plants can take up. The excess ends up in soils, in water and in the air. The problems this excess cause are collectively called Eutrophication.

Nitrates from fertilisers leach through the ground ending up in human water supplies – a serious this problem as Nitrates cause cancer. But this leaching can take decades so the fertiliser applies in the 1970s might only now be reaching the underground aquifer which provides water to your tap.

And Nitrate fertiliser, slurry or manure applied to fields ends up in rivers causing wildlife to die. Poole Harbour – the Dorset home of Lush HQ – is suffering from too much Nitrogen flowing down the rivers which feed into it; the excess N causes ‘mats’ of algae to form, which has knock-on effects on plants, invertebrates and the internationally important populations of birds there.

Nitrates in the soil encourage plants which benefit from high Nitrate levels (called Nitrophiles) to take over, replacing the vast majority of wild plants which prefer very low Nitrogen levels. This is why our road verges and field edges are now dominated by nettles, cow parsley and hogweed; and one of the reasons why so many wild plants are disappearing from the countryside.

Ammonia, which is a reactive gas, is released from intensive farming practices – dairy farming, the use of fertiliser on fields, plus pig and poultry units, all contribute to Ammonia in the air. This causes air pollution, sometimes a long way from where the Ammonia has been emitted.

And there are other sources – Nitrogen Oxides are also very toxic and formed by both industrial processes and vehicle exhausts.

Some efforts have been made to tackle these widespread problems of too much reactive Nitrogen. The EU introduced a Nitrates Directive 27-years-ago, but all its good intentions have done little to tackle the problem.

Kicking up a stink

The UK Government has been taken to court repeatedly over its failure to tackle air pollution, which is reckoned to cause 40,000 premature deaths in the UK every year. Not all of these are due to Nitrogen – but a combination of Ammonia from farm sources, and Nitrogen Oxides from Industry and Transport, are very significant contributors.

It is this context in which Michael Gove made his latest of the many announcements of the changes he wants to make to the UK’s environment – a Clean Air Strategy. The Strategy includes proposals which would limit the total amount of Nitrogen a farmer could apply to their fields; introduce a requirement to cover all slurry lagoons and manure heaps (to prevent Ammonia escaping) and also introduce a permit system – which currently only applies to Pig and Poultry farms – to large Dairy farms. These are welcome moves, particularly the limit on total N applied across all farms. Will it be enough? Of course not, but these are steps in the right direction.

In truth, the problem is now so great that, combined with the other global threats to our future, we need to recognise some home truths. The reactive Nitrogen genie is well and truly out of the bottle. And even if everyone stopped creating new reactive Nitrogen, it would take decades, centuries, perhaps millennia for equilibrium to return (think of those Nitrogen-rich deposits at the bottom of the ocean and how long it took to create the Guano Islands).

While some farming systems are able to grow food without artificial Nitrogen (Organic and other forms of Regenerative Agriculture) we have to start developing systems which actively remove all that excess Nitrogen, which is so damaging for nature, and for our own health.

Given that half the world’s food is grown using artificial fertiliser, can we sustain our current human population without using artificial Nitrogen? This will be one of the greatest challenges of the future.

this article first appeared on the Lush Times website.

36 Responses to The Nitrogen Dilemma