UKIP’s Lord fulminates against madness of CAP rules, but takes over a million Euros in subsidies 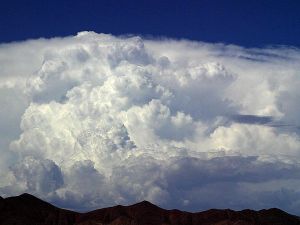 Lord De Broke talked of a “perfect storm” affecting British Agriculture. He railed against unnecessary and burdensome over-regulation imposed on farmers, driven by the “Ayatollahs in Brussels”. He spoke in favour of Neonicotinoids, blaming Brussels for banning them (ignoring the fact that UK NGOs such as Buglife were at the forefront of that campaign) and attacked Greenpeace Friends of the Earth and the Soil Association for campaigning against GMOs.

He then goes on to describe the new Basic Payment Scheme as “madness” in particular singling out the Three Crop Rotation requirement of the new Greening scheme. He didn’t mention Golf Courses though. At least on this point, we agree.

Tory hereditary Peer the Earl of Caithness weighed in at this point in the debate, complaining bitterly that the CAP had been ruined because, and I quote

“Decision-makers in Brussels pay too much attention to unelected, unaccountable NGOs. The so-called green lobbyists, funded in part by the taxpayer—quite wrongly in my view—are starting to do real harm”.

He also mentioned the Neonics ban as an example of the harm that NGOs were doing.

The Earl however did not advocate leaving the EU, but staying in, and making sure that Defra was not “gold plating” any regulations coming from Brussels.

The interesting thing is that Lord W is very interested in the environment. Notwithstanding the fact that Lord de Broke’s arable farm of Oil Seed Rape and Wheat, was until a few decades ago all ridge and furrow pasture, he is doing quite a bit to attract birds and pollinators, within the constraints of running an intensive cereal production farm.

I have already commented on UKIP’s proposed farm policies.  They are, like so many other UKIP policies, ill thought out, and could be even more damaging than the CAP is, if that was possible.

Their Farm policy spokesman Stuart Agnew, spoke at the last UKIP conference in the Autumn, confirming that UKIP would pay a flat £80 an acre (no metric here) without any cross compliance requirements. Here are some choice quotes from Agnew:

UKIP will require farmers to farm to ELS standards “ELS means farmers can’t be accused of being ecological vandals, that all needs to be done.”

Farm Payments will be capped at £120,000 a year “anything beyond that will get nothing“.

UKIP hate wind turbines  “30 yards around each wind turbine will not get any farm subsidy.”

On food labelling, Agnew said “EU want control of labelling to stop the UK saying our food is best!”

On green issues “A lot of people want the green thing, the touchy feely thing? UKIP can do that. UKIP will ban live exports for slaughter.”

Leaving aside the comments about “blue babies” and the “touchy feely thing”, UKIP would have us taxpayers pay farmers to deliver less social and environmental benefits than the CAP does.

UK conservation professional, writing about nature, politics, life. All views are my own and not my employers. I don't write on behalf of anybody else.
View all posts by Miles King →
This entry was posted in agriculture, Common Agricultural Policy, UKIP and tagged common agricultural policy, Lord Willoughby de Broke, UKIP. Bookmark the permalink.

1 Response to UKIP’s Lord fulminates against madness of CAP rules, but takes over a million Euros in subsidies