Some people are trying to make out that Rampisham Down SSSI is a poor quality, low value piece of wildlife grassland, or, as Professor Ghillean Prance, former Director of Key Gardens said a “very degraded and often impacted habitat”.

They have posted photos of the turf, taken in winter, when the flowers are dormant. It looks scruffy, but then it would, if it hadn’t been managed properly for the last three years.

They have even claimed that the photo used by Dorset Wildlife Trust to illustrate Rampisham was not taken at Rampisham, because “it looks nothing like this”. 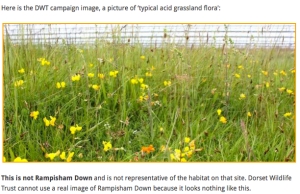 Well… you can clearly see the Rampisham electric ducting in the background. Ok that’s not definitive. Oh, but Natural England used a close-up of this same photo on their website when they announced that Rampisham had been designated. Here it is….

I was getting a little bit confused about which photos were taken at Rampisham and which weren’t, so I asked Natural England to provide me with the photos (and their captions) taken during their survey work at Rampisham.

Here they are for everyone to see. They are all (c) Sean Cooch, Natural England.

It looks to me as though photo 8 is the same stand, with Bird’s-foot trefoil, as the stand in the photo that British Solar Renewables are claiming wasn’t taken at Rampisham (but clearly was). 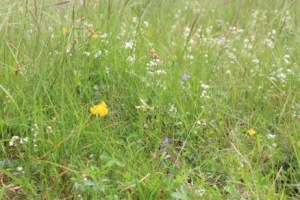 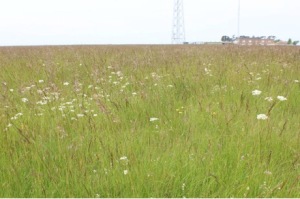 Photograph 4: Panoramic view of U4 acid grassland east of the transmission station. Typically this is growing very tall (late June 2013) since the cessation of grazing (none in 2013). Plants such as pignut and heath bedstraw are frequent, with mouse-ear hawkweed, yarrow, tormentil, spring-sedge and bird’s-foot-trefoil occasional throughout

Photograph 5: Detail of U4a/H8b transitional community found on the eastern side of the site, with abundant lousewort, tormentil, heath milkwort, heath and thyme-leaved speedwells, heath bedstraw, pill sedge, spring-sedge, western gorse and heath-grass. Typical heathland associates not recorded in quadrats but in the stand include heather and heath-spotted orchid. 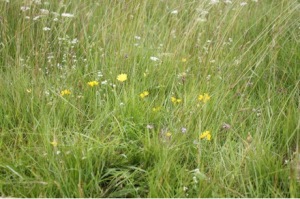 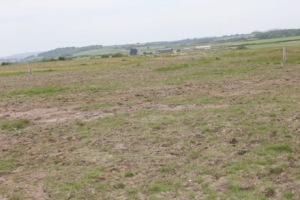 Photograph 9: Area of significant disturbance on plateau west of the transmission station. Recovery is underway (end of June 2013) and plants such as tormentil and bird’s-foot-trefoil, as well as bent and fescue grasses are obvious. It is likely however, that full recovery will take several years in some places due to compaction, waterlogging and rutting. 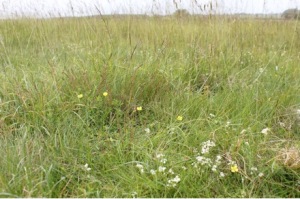 Photograph 10: U4a grassland to the west of the transmission station. Characteristic plants such as tormentil, heath bedstraw, heather, western gorse and heath milkwort, as well as glaucous, sedge, pill sedge, spring-sedge and heath-grass, are frequent 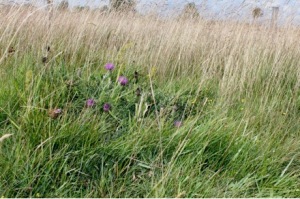 Photograph 11: Acid grassland to the west of the transmission station that conforms to U4c (Cooch & Biron 2013). Typically, bird’s-foot-trefoil, lady’s bedstraw, tormentil and dwarf thistle are more-or-less constants, along with glaucous sedge, spring-sedge, and quaking-grass, heath-grass and occasional downy oat-grass

UK conservation professional, writing about nature, politics, life. All views are my own and not my employers. I don't write on behalf of anybody else.
View all posts by Miles King →
This entry was posted in Natural England, Rampisham Down, Solar Farms, Uncategorized and tagged British Solar Renewables, Natural England, Rampisham, Solar Farms. Bookmark the permalink.