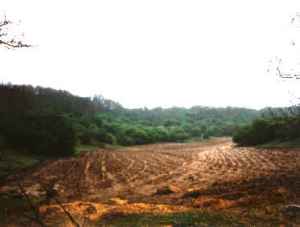 When the Wildlife and Countryside Act was introduced in 1981 in order for the UK to comply with the European Union’s Birds Directive, nationally and internationally important nature sites, known as Sites of Special Scientific Interest (SSSIs), had no legal protection. Farmers could and did plough up SSSI downland and meadow, wetlands were drained and the Forestry Commission continued to plant conifers on ancient woodland SSSIs and peat bogs. During the 1980s a series of high profile cause celebre were fought – Halvergate Marshes, the Somerset Levels and perhaps most famous of all, the Flow Country. The latter campaign stopped the desecration, but led to the Nature Conservancy Council being abolished, for standing up for nature.

By the time of the Twyford Down case in 1992, when the M3 was extended through two SSSIs, with much protest, the number of sites being damaged by development had slowed to a trickle. The last major loss of SSSI to development was Cardiff Bay in 1994, when 167ha of mudflat was destroyed to make way for a marina. Losses to agriculture continued though, and after the ploughing of Offham Down SSSI in 1997, the last Labour Government introduced stronger protection for our best nature sites, through the CROW Act in 2000 and then further protection through the NERC Act in 2006.

Why then, in 2015, are we having to campaign to save not one but two nationally, and arguably internationally, important SSSIs, at Lodge Hill in Kent and Rampisham Down in Dorset?

The National Planning Policy Framework (NPPF), introduced with some controversy in 2012, does not help. It states that SSSIs should be protected, but also that the economic benefits of development affecting them must be balanced against the harm, in a simplistic cost benefit analysis. It was this approach, which led in 1986 to the North Devon Link road passing directly through Hare’s Down, Knowstone and Rackenford Moor SSSI, rather than skirting around it (onto more financially valuable farmland,) on its way from Tiverton to Barnstaple. Subsequently the remainder of the site, split in two by the road, was designated as a Special Area of Conservation under the Habitats Directive.

This cost benefit analysis, supported by the ethically dubious biodiversity offsetting approach promoted by this Government, means the NPPF needs to be amended to give a much stronger steer to Council planning committee members as to what the balance between nature protection and economic development should be.

Both Rampisham Down and Lodge Hill were notified as SSSIs after the idea of developing the sites had been thought up. At Lodge Hill, the MoD who own the site, have been unenthusiastic about protecting the nature there and Natural England have fought against them to protect the site. Not surprisingly Medway Council, who want the Lodge Hill new town, see Natural England’s late entry into the fray as deeply unwelcome and have argued that localism in their case means just that and national concerns, such as for nature, should not over-ride their local concerns.

Rampisham was also in public hands (the BBC) until recently, and its full wildlife value was only appreciated after it had fallen into the hands of developers. Again the site was notified as SSSI while a planning application for development was being considered. Again the Councillors in West Dorset viewed Natural England as a Johnny Come Lately – one of the planning committee members said he was

“not convinced by Natural England turning up at the last minute to notify the site – why so late?”

In some ways it is a valid question. The particular plant communities and species found at Rampisham have almost disappeared from lowland England. There are estimated to be between 3000 and 5000ha left. Natural England’s own rules governing which sites should be protected as SSSIs state that ALL examples of habitats with less than 10,000ha left (in this case in lowland England) should be protected, if they are over 0.5ha in area. Rampisham Down is 72ha. It’s been known about for a long time. Why was it not designated before? According to Natural England’s own data, less than half of all this type of lowland acid grassland is protected in SSSIs – the other half is at the mercy of agricultural intensification, neglect and development.

The same applies at Lodge Hill. The Ministry of Defence knew it had an important wildlife site but kept quiet about it. It was mostly luck that the nearly 30ha of unimproved neutral grassland at Lodge Hill was even included in the SSSI. This type of neutral grassland used to cover lowland England and Wales – now it is almost gone, with less than 6000ha left in Britain. Only just over half of this tiny resource is found in SSSIs – and the remainder continue to be lost as this report showed. According to the Government there are 1.9 million Ha of priority habitat in England and only 40% is protected.

Trying to save an important nature site from development after planning permission has been granted is a huge waste of resources, both for the hard-pressed conservation charity sector, Natural England, the planning authority, the developers and central government. It could easily be avoided if Natural England actually delivered its statutory duty to notify all sites that meet the selection criteria for SSSI designation. Then everyone would know where these places were and not bother to try and develop them.

Why are Natural England not notifying every site they are duty bound to protect? Of course there are influential bodies, such as the National Farmers Union and the Country Landowners and Business Organisation who do not want Natural England to notify any more SSSIs because of the loss of property rights they regard as a consequence of such actions. And they have lobbied for Natural England to have a new duty to have regard to economic growth when undertaking their work, in the expectation that this will be considered when new SSSIs are notified. But property rights are not inalienable and do change over time, according to the needs of society.

If Society cares about saving the little nature that is left, it needs to start applying pressure to Natural England to launch a major exercise where all the surviving sites which meet the SSSI criteria are protected.