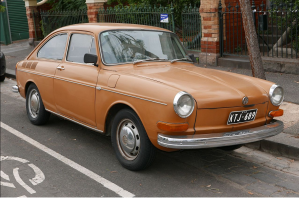 The word takes me back to sometime in the early 1970s and this car. Someone in the London suburb where we lived had a pale blue one, and I was fascinated by it. It certainly wasn’t a beautiful car, but it had character and was quite odd – for instance the entire back of the car behind the seats was carpeted, including up the sides. It certainly stuck in my memory.

We now have our own home-grown Kent variant, which is rapidly becoming the dominant Covid19 strain in the UK and indeed in 60 other countries so far.

Yes B117  is our first world beating post-Brexit export to the world.  How they will be pleased that our buccaneering spirit has been freed.

It’s now thought that B117 evolved in an immuno-compromised covid19 patient in Kent back in September, but in truth we are all potential new variant incubators – at least we are if we do anything which gives covid19 a chance to infect us. And even though the number of new positive tests reported each day is coming down quite quickly now, there are still around 20,000 new tests reported a day. That’s 20,000 opportunities for the virus to evolve, every day. But it’s actually much more than that, because these are only the reported positive tests. Nearly half people who get covid19 have no symptoms, so will not be being tested. And there will be a load more who understandably decide not to have a test because they cannot afford to stop working, because – a year after the pandemic started – there is still no proper system of financial support for people self-isolating.

Scientists here in the UK and elsewhere have achieved an incredible breakthrough, to have developed a range of vaccines so quickly. While there have been so many disastrous decisions taken by the Government over the past year, it’s still very impressive that 9.3 million people have had their first vaccination dose so far. This is down to the hard work of people within the NHS  – incredibly, the Government decided not to outsource vaccine delivery to Delottie’s or Crapita – and as a result it’s been an amazing success, so far. But there is something lurking on the horizon – immune escape. That E484k mutation provides the virus with some way of avoiding the immune system of people who have already had covid19, and, to an unknown extent, also to evade the effects of the vaccines. Some of the vaccines developed so far will be more effective than others at providing benefits for the vaccinated against the new variants. These benefits are beyond just not getting infected, but also how serious an infection you get if you do get infected (mild or no symptoms) and also the big unknown of whether you can transmit the virus on to other people.

We are being reassured that all that will be required is a “booster shot” of an updated vaccine to maintain high levels of immunity against new Variants.  If we go down this road, what this means is that we will be, for the foreseeable future, in a cat and mouse game, between the virus evolving new variants – and the pharmaceutical industry developing new vaccines to provide immunity against them.  And this certainly seems to be the approach that the Government has adopted, placing all of its chips on the vaccination spot on this particular roulette table. The hard right Covid Research Group (formerly known as the hard right European Research Group) Tory MP caucus demanding that everything goes back to normal on 8th March once the most vulnerable groups in society have had their first jab. That’s their first jab, not the whole vaccination programme.

They regard covid19 (in as much as they all believe it to be real) as something like a nasty bout of flu. Vaccination for seasonal flu is a regular normal feature of British winters and certainly reduces the number of flu deaths each year. Of course flu vaccination will not protect against a flu pandemic arising from a new mutation, as almost happened with swine flu 10 years ago. Remember all that panicking about sourcing anti-viral drug tamiflu?

Perhaps a better comparison would be with diseases like TB, smallpox and polio. These killed millions every year historically, and vaccination to eliminate, not manage, was the intention once vaccines became widely available. Mass vaccination is one of the greatest achievements of the 20th century. Smallpox is now extinct in the wild (there are still a couple of samples held in labs). Polio has been eradicated from most of the world, but lingers on in Pakistan and Afghanistan, with rare vaccine-derived outbreaks elsewhere. TB is not the massive killer it once was, but antibiotic-resistant TB is a major problem in parts of the world, especially in patients with HIV. Both Polio and TB continue to be big health problems in poorer or war-torn countries, where public health measures are more difficult to achieve. And the prevalence of covid19 in poor communities (and especially minority ethnic communities) in the UK reflects this reality.

There are now two avenues open to us, both in the UK and globally. One is vaccinate the vulnerable and keep vaccinating them as new variants come along. This is doable but will certainly mean that a significant chunk of effort and public expenditure will go on vaccine development, manufacture and distribution. I am sure that some will be looking at this as a big new post-Brexit, post-pandemic shot in the arm for the ailing British economy. It’s not clear to me how poor countries are supposed to pay for new vaccine supplies every year, let alone how they will be distributed annually. And none of this is going to happen in war-torn parts of the world. Anyone decrying the EU for vaccine nationalism needs to consider this. And that’s ignoring the real fact of longcovid – which is already placing a substantial additional burden on our healthcare and social support systems.

So it seems likely to me that adopting this seasonal flu approach to annual vaccination, ignores the fact that it will drive covid19 into becoming a constantly evolving endemic virus or family of viruses circulating in poor and war-torn countries – and perhaps poor deprived communities that already suffer from poor health in this country (just as TB lurks on here).  Would it be out of the bounds of possibility that under these circumstances a radical new variant emerges that achieves full immune escape velocity from all current vaccines?

The alternative is a global eradication programme as was achieved for smallpox, and has been almost successful for polio and TB. This would be a gargantuan effort and at great expense. It would also require global collaboration – something that for the past few years of Brexit/Trump, Bolsanaro and Putin, has seemed increasingly like a lost cause. Perhaps now Trump has gone we will see a move away from nationalist populism towards international co-operation again.

Covid19 has already killed over 2 million people worldwide in a year. As the new variants spread harder and faster throughout areas previously unaffected, that number will inevitably increase: 5 million next year, 10 million the year after? Isn’t it time we all agreed that the best approach will be to eradicate covid19 everywhere and it’s going to take a long time and a lot of money.

UK conservation professional, writing about nature, politics, life. All views are my own and not my employers. I don't write on behalf of anybody else.
View all posts by Miles King →
This entry was posted in covid-19, covid19, Uncategorized, vaccines and tagged B117, covid19, vaccines, variant. Bookmark the permalink.

5 Responses to Vaccines and Variants point to two alternative futures.