The EU Referendum: Turkeys have voted for Christmas 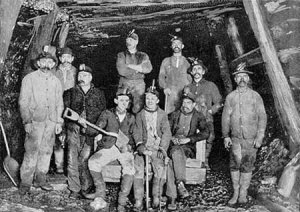 SARA has come to stay. That’s Shock, Anger, Rejection, Acceptance.  – it’s a model to explain the process of grief.

Yesterday we experienced the shock that the country had voted to leave the EU.

Those aged over 65 were most likely to vote to leave the EU. 18% of the UK population are over 65. A simple comparison between the UK age map and the UK leave map shows a correlation between areas which voted out and areas with a high population of older people. East Lindsey, for example, in Lincolnshire, has a 65+ population of 26%, far higher than the national average. And 71% voted to leave, one of the highest proportions in the whole country.

Obviously the 19% of the population under 15 didn’t get to vote in the Referendum, even though it was their future being decided. Even the 16-17’s who could have voted, weren’t allowed to. Just those 16 and 17 year-olds make up 1.5 million people whose lives were changed, and had no say in it. Polling suggests that only 36% of the 18-24 age group actually voted, compared with 83% of those over 65. Could the low turnout among the young have been, in part at least, due to changes in the electoral system which saw 800,000 fewer young people on the register?

Demographics also indicates that it was the old “working classes” or at least retired working class people, who voted out. Time and again we have heard working class people saying “we’ve finally got our country back” or “there are too many immigrants taking our jobs.” Evidently these are genuinely held views, and can’t simply be dismissed as having been taken in by the lies of the neo-libertarians who have run the campaign. Just like any anti-democratic movement, they have captured the zeitgeist and ruthlessly exploited it for their own gain.

It’s no surprise that the older working class feel this way – as they remember a time before we were in the Common Market, when the working class really did have a very large say in the way the country was run. That was a time when Unions could bring down Governments – as they did with the Miner’s strikes which felled Ted Heath; and the Winter of Discontent which ushered in the long rule of the Tories through the 80s and 90s. And it’s no real surprise that the end of that era arrived more or less at the same time as we joined the Great European Project. Because that was the time when Neoliberalism was taken up by Margaret Thatcher.

Neoliberal philosophy had developed in the 1940s but was on the obscure margins of economics until Anthony Fisher took it up in the 50s and created a world of neoliberal thinktanks operating secretively to inculcate their theology into political thinking. Film-maker Adam Curtis has written a fascinating history of this time here. I digress.

The point I’m making is that the older and retired working classes who voted us out of the EU are harking back to a time when they had power. But that time has long gone, thanks mostly to the wholesale adoption of neoliberal economics and theology  – by recent Governments of both persuasions. Gone is the belief in, and existence of, collective action.  A belief born, after the Napoleonic wars but before Marx, amongst the poor farm workers of Dorset, who were transported to Australia on trumped up charges, for having “sworn a secret oath” that they would act collectively to bargain for increased wages (increased above starvation levels).

These “out” voters have blamed the EU for the loss of their power, the loss of the industries that created the power of collective action. When in fact, they are blaming the wrong target. Why? Because they have bought into a very clever, very deliberate Framing of the argument.

If you don’t know what Framing is, read this.

Those running the Leave campaign have framed the argument in terms that places the blame for all our country’s ills on the EU. They did an excellent job too. Too many immigrants? Blame the EU. NHS in funding crisis? blame the EU. Not allowed to catch as many fish as you want? Blame the EU. Britain not the Great Britain of yore? Blame the EU.

Framing isn’t about facts – it’s about emotion. It’s about finding those emotional triggers which will cause you to change your mind, or if you already think the way the campaigners want you to think, to reinforce your views. And then repeating the same messages, over and over again.

Think of the £350M a week “factoid” – even though it was shown up to be a lie. They just kept repeating it. If you want a little sneaky peak behind the Campaign curtain, read this from Mark Wallace on Conservative Home website. Wallace knows all the key players.  Two key players in particular are worth singling out – Matthew Elliott and Dominic Cummings. Elliott ran the fake Think Tank the TaxPayers Alliance before running the Leave campaign. He is as hard an ideological neolibertarian as it is possible to be. Except when compared with Dominic Cummings.

Cummings was the notorious special adviser to Michael Gove when Gove was causing mayhem in schools as the Education Minister. Cummings will use whatever tactics he considers necessary to achieve his ideological objectives. He set up a twitter account in the name of @toryeducation and used it to smear his opponents anonymously and generally behaved in a venomous way while at the DfE. At a recent Parliamentary hearing he stated “accuracy is for snake-oil pussies”. Chairman of that Parliamentary Treasury Select Committee Andrew Tyrie stated that Cummings “plays fast and loose with the facts”, which is of course exactly what he did in the Leave campaign.  Facts are for pussies – what’s important is how you frame the narrative.

As if waking up after a particularly wild party with someone who you don’t quite remember their name (no, never happened to me), some are starting to wonder whether they made the right decision. Cornwall for example.

Cornwall voted 57/43 for out. Cornwall is one of the poorest areas in the whole EU. Between 2007 and 2013 Cornwall received £650M in EU structural funds, supporting the construction of new roads, developing new businesses and putting in broadband, for example.  For the forthcoming period to 2020 Cornwall would have received a further €600M in EU structural funds – compared with €50M in Dorset. Now Cornwall, waking up to discover it has just cut off its nose to spite its face, is now demanding that all the money that used to come via Brussels, now continues to flow from Whitehall. To which I say DREAM ON.

Wales is another example. Wales, to my mind astonishingly, voted to leave. Wales received £1.9 Billion of EU structural funds in the period 2007-2013. Just to take one example, Blaenau Gwent voted 62/38 to Leave. Blaenau Gwent, a tiny local authority area, received £19M in EU structural funds in 2014 alone. And this funding helped lever in other funding that would otherwise have been unavailable. I imagine the Welsh will also now be demanding that all the money that previously came from the EU is now ring-fenced.

The Farmers are doing the same thing – remember they received £3billion a year, just for owning land (they don’t have to grow food to receive the subsidy). I have written copiously on what the farmers and landowners have been promised by the Leavers (eg here). They promise to continue funding farm subsidies at the same level until 2020. But that’s not long away at all – during the 2 years after Article 50 is invoked (whenever that is) all existing funding commitments will continue to apply. Even if Art 50 is invoked tomorrow, that still takes us to summer 2018. Then it’s just another couple of years before that promise resolves. What then – for the farmers of Cornwall, the farmers of Lincolnshire and the farmers of Wales. Well for starters the money has already been promised elsewhere. “We can use that £350M a week to save the NHS” for example. Except now Farage is saying that promise should never have been made.

What all these people, waking up to the morning after, don’t realise, is that there is no intention whatsoever of replacing the EU funding. This is a money grab by those who believe ideologically, theologically, in shrinking the state, reducing public expenditure and moving whatever can be moved, to a market-based system. This will hit the poorest hardest. The very people who have voted to leave the EU will be the ones who suffer most. It’s tempting to say – well you wanted, you’ve got it, just live with it.

But what about the children who didn’t have a choice the way their parents voted? What about the old people who voted to stay in, and are now going to see the services on which they depend – like the NHS, cut, cut again; then sold off to private profiteers?

We have surely opened a Pandora’s Box – and we will only slowly discover what has been released. One thing is for sure. This is another victory for neoliberalism.

You might have guessed – that I have moved on from Shock – to Anger.

UK conservation professional, writing about nature, politics, life. All views are my own and not my employers. I don't write on behalf of anybody else.
View all posts by Miles King →
This entry was posted in EU referendum, farm subsidies, neoliberalism and tagged Brexit, Cornwall, EU referendum, farm subsidies, Neoliberalism, old people, Wales. Bookmark the permalink.

60 Responses to The EU Referendum: Turkeys have voted for Christmas