Rampisham Down: British Solar Renewables have a digital spring clean 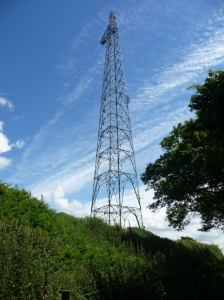 With only a little over 4 months to go before the Rampisham Down Public Inquiry gets underway, British Solar Renewables has been having a digital clear out, getting rid of information that might not put it in the best light at the Inquiry. The public relations/spin website they created at http://www.rampishamdown.com has been taken down and its predecessor http://www.communityheatandpower.com has also been wiped. And the twitter account @CH&PLtd has been taken off line.

For those who are  worried that there will be no information online about the proposed solar farm at Rampisham – fear not! I will be keeping all my posts about Rampisham online and available free for anyone who wants to read them.

BSR, working through their front organisation Community Heat and Power, had put all sorts of propaganda out about the Rampisham Down Solar Farm. They had also promised to publish reports on the “experiment” they are conducting into the effects of shading by solar panels on nationally important wildlife-rich grasslands at Rampisham. It was then reported in the press that a groundbreaking report had been published showing that the panels would do no damage. I asked BSR and CHP for the report but received no reply. I spent days searching for the report online without any luck. If the report was ever published, I’d like to know who received copies. Publication usually means that a report is available to the public (there’s a clue in the name).

Subsequently a notice went up on the Rampishamdown website stating

“We’ve had a number of enquiries from individuals asking for the survey reports; as stated on our project website, reports are only released to the project working party. Whilst we have in the past released interim results to the public, due to the nature of the Public Inquiry we are unable to publish any data until the inquiry is over.”

To which I say large steaming piles of male-cattle ordure.

One thing I do know about Public Inquiries is that any information presented to the Inspector has to have been made available to all parties with an interest in the Inquiry, including your opponents – well in advance of the Inquiry.. Otherwise it wouldn’t be much of a Public Inquiry (there’s a clue in that name too.)

One of the more embarrassing aspects of the tripe that has been emanating from BSR and their minions are the outbursts from Hannah Lovegrove. Lovegrove is a yoga teacher and one would think that as such she would be a calm, collected individual who would think carefully before writing in public places, especially with a Public Inquiry coming up. As I have mentioned previously, she is the partner of BSR Director Giles Frampton and was, until a couple of weeks ago, also a Director of BSR front, Community Heat and Power.

Lovegrove wrote some truly bizarre attacks on Dorset Wildlife Trust in particular, on the CHP website. These have now been taken down from their website, but fortunately they are still available elsewhere – you can read them on http://www.dorseteye.com here and here.

Here’s one of Lovegrove’s most bizarre claims – that photos taken by Natural England during the notification of Rampisham are fakes!

BSR is currently applying for another Solar Farm at Rampisham – but it’s across the road on farmland adjacent to their own land, and crucially it’s not on the SSSI. Recently they have reduced the size of this farm from its original 15.5MW to only 5 MW, compared with the planned 25MW array on Rampisham Down.  It’s difficult to know exactly what they are up to. If they had withdrawn the Rampisham proposal and just gone ahead with the 15 MW farm across the road, I think they probably would have got it through (though it is still in the AONB so there is the visual impact to consider, as well as the impact on the setting of a nearby Scheduled Ancient Monument.)

It’s possible that they think they can win the Inquiry, and if they got permission for a 5MW farm across the road now, they could then resubmit the 15MW proposal and end up with a massive 40MW farm on both sides of the road.

Whatever they are planning, it’s clear that BSR is preparing the ground and we can expect a full PR onslaught in the lead up to the Inquiry.

9 Responses to Rampisham Down: British Solar Renewables have a digital spring clean