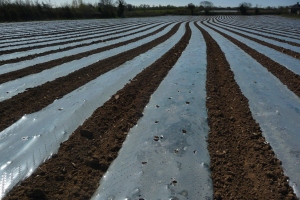 Brexit could lead to even more intensive farming

We’ve had a first hint from the Brexit side, as to what support farming would receive if the UK left the EU.

This from Farmers Weekly”

First details have emerged of a plan for British agriculture if the UK leaves the EU after a summer referendum.

Fledgling policies – including the possibility of area payments to farmers – were outlined by Defra minister George Eustice to reporters and delegates during a session at the NFU annual conference in Birmingham on Wednesday (24 February).

Mr Eustice said: “You would probably keep something similar to an area payment but you might look at accreditation schemes that farmers could enrol on automatically rather than having the chaos of an annual application process with a hard deadline.”

This would avoid situations where farmers lost their entire support entitlement for the year when subsidy applications were lost in the post, said Mr Eustice.

“There are lots of things you could do differently,” he added.

The UK’s in-out referendum will take place on 23 June.

But many farmers will need far more detailed policy proposals when it comes to agriculture before they can make an informed decision about which way to vote.

Mr Eustice unveiled his Brexit farming plan after announcing he would campaign for the UK to leave the UK – a decision which puts him at direct odds with Defra secretary Liz Truss, who has warned that such a move would be a “leap into the dark”.

The existing way of tackling agricultural and rural development policy would be completely scrapped if the UK left the EU, suggested Mr Eustice.

“My view is that you would probably dismantle the whole two pillar structure,” he said.

Cross compliance, which was “bureaucratic and unnecessary,” would be completely streamlined. Food security would be enhanced through investment in science and technology.

The government would look at risk-management tools for farmers, such as insurance schemes.

Mr Eustice said he would also like to see high levels of animal welfare on farms rewarded in the same way farmers are rewarded for undertaking environmental measures.

Agri-environment schemes would continue but without the EU bureaucracy and reporting requirements, he said.

“We would do far better as a country if we ended the supremacy of EU law and actually shaped new, fresh thinking and created policies that would really deliver for our agriculture”
George Eustice, Defra minister

Mr Eustice said he had “wrestled with all sorts of EU regulation” during his time as Defra minister.

“We would do far better as a country if we ended the supremacy of EU law and actually shaped new, fresh thinking and created policies that would really deliver for our agriculture.”

If the UK left the EU, there would be an £18bn a year “Brexit dividend” in savings, said Mr Eustice.

“Could we find the money to spend £2bn on farming and the environment? Of course we could. Would we? Without the shadow of a doubt.”

Concerns that the UK Treasury wouldn’t support agriculture to the same extent as Brussels were ill-founded, suggested Mr Eustice.

“Ultimately the Treasury does what parliament tells it to do. If we took back control of agricultural policy, parliament would re-engage.”

One point of information. the UK received €4Bn in farm subsidies in 2015. So where the figure of £2Bn came from, I have no idea.

Basically Eustice is following the UKIP model for agriculture, which I outlined a while ago. This should surprise no-one as Eustice was a UKIP candidate before joining the Tories. What he said to the NFU conference boils down to this:

Area payments – in other words Free Money. Farmers continue to get paid just for owning land, not what they do with it, or what public benefits they provide.

Auto enrolment. That means a free pass – get your free money without any checks as to what you’re doing (eg growing Maize and emptying silt into your local river).

Dismantle Pillar 2 (which is used to pay for Rural Development including Agri-environment schemes).

Completely Streamline Cross Compliance. Cross compliance in theory is the way that landowners who receive farm subsidies are required to deliver public benefits. Now I’d be the first person to criticise cross compliance, because it is so risibly ineffective. To abandon it altogether means that there would be no checks at all on what farmers are doing – for example what damage they are causing the environment. It’s not clear what “completely streamline” means, but I would interpret it as “get rid of”. This is what the NFU wants.

Reward High Levels of animal welfare in the same way as Agri-Environment. This is interesting  – would these high levels be higher than now, or are the current levels regarded as high so everyone gets rewarded? If the latter, this would be equivalent to the old abandoned Entry Level “money for old rope” approach to Agri-Environment, which has been abandoned because it did not deliver much if any environmental benefit but used up 75% of the budget.

Enhance Food Security through investment in Science and Technology. This is sustainable intensification in a nutshell. It means producing yet more food, more intensively and would probably mean widespread introduction of GMO crops.

Look at risk management tools including insurance schemes. It’s not clear exactly what this means, but it could include a return to the bad old days of intervention buying – which led to the milk lakes and butter mountains of old. Other insurance schemes could mean farmers are paid from public funds if their crops fail, because of flooding, for instance. I wrote about an example of this recently.

Agri-Environment continues without reporting or bureaucracy. It’s not clear what this means, but it could mean farmers get paid to deliver schemes but no-one knows whether they are being done or not, in which case more money for old rope.

Eustice then brazenly suggests that the Treasury would happily hand over £3Bn a year for farm subsidies, should Brexit occur. Given this Treasury and this Chancellor, I think this is ludicrously optimistic. Osborne will take that money and use it elsewhere.

It’s interesting what Eustice did not say – eg he did not mention continuing or increasing support for marginal farming such as sheep in the uplands.

As expected, this is a hard-line neoliberal agenda for farming. Regulations are scrapped or weakened seriously. Public benefit is discarded as unnecessary, because the market will provide all the benefits the public needs. Competition will be the key, with costs driven down as hard as possible. Small and marginal farms will be driven out of business, while larger farms will become more intensive and larger, through land purchase. Nature will be driven further out of the lowland farmed landscapes. In the uplands a withdrawal of subsidies may well lead to a collapse in the upland farming industry. You might think this could lead to rewilding. But it’s more likely the land will be sold or (in large estates) converted to other uses – such as intensive grouse moor management and commercial forestry.

UK conservation professional, writing about nature, politics, life. All views are my own and not my employers. I don't write on behalf of anybody else.
View all posts by Miles King →
This entry was posted in Brexit, Common Agricultural Policy, farming, George Eustice, NFU, public goods, rewilding and tagged Agriculture, Brexit, farm subsidies, George Eustice, public benefits. Bookmark the permalink.