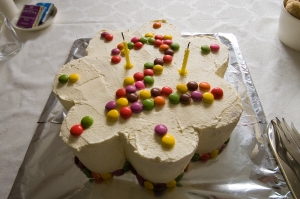 This isn’t the first blog I have written though, as I started in October 2010 when I was working for The Grasslands Trust. That one lasted just under two years, before TGT went under.

It’s customary to bore you with statistics on anniversary days, so here goes:

I have written 240 posts in the last two years (that’s got to be a book’s worth) and I have received 102,711 page views, for which I am eternally grateful.

My best day for views was the 4th October 2014 when I had 2415 views. That was when I published The Strange Case of Dr Earth and the UKIP Environmental Policies. This has been my most popular blog, so far, with 4326 views; and I’m pleased that people are still discovering this particular bit of fun. I don’t know whether Dr Earth himself has read it yet, if he has, he hasn’t let me know.

In a very respectable second place on the list is Held to Ransom: Solar Farms: green or greed, with 2295 views. And in 3rd place with 2,040 views is The New Natural England Chair Andrew Sells.

Perhaps the one that means most to me is the Obit I wrote for my brother Simon, who died nearly two years ago; and being able to publish the tribute written by his great friend Bob Hornegold.

I’m really pleased to have received 1215 comments from a wide range of contributors. Top commentators are Dave Dunlop, Mark Fisher and Mud-Lark – all from the North. Thanks to you and to everyone else who has commented, especially those who have disagreed with me.

I can see this blog being part of my life for some time to come. It has certainly been helpful to me, in some kind of therapeutic way. As some of you will know the last five years has been very difficult for various reasons. But despite what happened on Friday and its potential consequences, I feel positive about quite a lot of things (even if that doesn’t necessarily express itself in what I write about) and I am still hoping to set up a new nature charity this year.

In the meantime, kind people have given me paid work which I find interesting and doesn’t cause me ethical problems: for which I feel lucky. I have also lost nearly 4 kilos in the last 7 weeks on the 5:2 diet and that is definitely helping my health and wellbeing.

Photo By Anssi Koskinen from Turku, Finland (2) [CC BY 2.0 (http://creativecommons.org/licenses/by/2.0)%5D, via Wikimedia Commons

UK conservation professional, writing about nature, politics, life. All views are my own and not my employers. I don't write on behalf of anybody else.
View all posts by Miles King →
This entry was posted in blogging, Uncategorized and tagged Blogging, nature blogs. Bookmark the permalink.

14 Responses to Two Years of A New Nature Blog