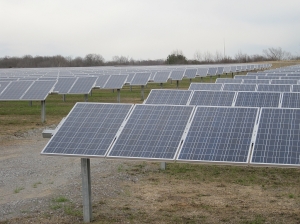 Solar Farm developers British Solar Renewables have their day in front of West Dorset District Council Planning Committee tomorrow, when their planning application to build a massive Solar Farm on one of the most important grassland wildlife sites in the country, will be decided. As I have written the story here and here, Rampisham Down will be irretrievably damaged if BSR get their permission.

But the implications are even more serious than that. Because if West Dorset give permission to build such a large industrial structure on a SSSI, this will undermine the status of the entire protected area system. There are obvious parallels with the Lodge Hill case. As Martin Harper Conservation Director of the RSPB has said, development at Lodge Hill “would also seriously undermine the Government’s flagship planning policy – the National Planning Policy Framework”. The difference is that Medway has already given permission for Lodge Hill New Town, and the decision now lies with Mr Pickles as to whether to call in the decision and hold a public inquiry.

The papers for the Rampisham Down application have now been published. Rampisham is item 1. For those who are interested in the detail I recommend you read the Senior Planning Officer’s report. To summarise, the Planning Officer recommends refusal of the permission, mostly on grounds of damage to wildlife and landscape.

It may well be complete coincidence, but I couldn’t help noticing this article in my local newspaper the other day.

A DORSET solar farm could play a part in a national strategy to support bees and other pollinating insects, it is claimed.

The 10-year bee and pollinator strategy was announced by environment secretary Liz Truss and includes ‘Countryside Stewardship’ subsidies to farmers to maintain hedgerows and wildlife-friendly ground round the edges of fields.

British Solar Renewables, which constructed the 5MW Crossways Solar Farm on a 30-acre former quarry site, claims that while the environment secretary is not in favour of large-scale solar parks she should acknow-ledge the role they play in providing bees and other pollinating insects with excellent accommodation.

It says the solar farm boosts diversity and offers important areas of protected, friendly and long-term habitat at a time when bee populations are falling dramatically both in the UK and worldwide.

The pollinators are indispensible for food production and their work is valued at £430m.

The strategy states: “Without them not only would our parks, gardens and countryside be much more drab places, our food could well become less varied and some of it more expensive.”

The bee and pollinator strategy looks to champion a plan to revive traditional meadows that give the most fertile habitat for pollinators and encourage the restoration of wild flower rich grasslands, 97 per cent of which have been lost since the Second World War.

He added: “If Defra are really serious about saving pollinators it should be recognising the importance of solar farms in their role as nature reserves, free of pollinator-harming pesticides, acting as safe havens for bees, as well as providing much-needed, carbon-free energy, both of which will deliver a better future.”

Clearly, when it comes to building Solar Farms on sites with national wildlife designations, “striking a balance” means something quite different to the good people of British Solar Renewables, from what it means to the rest of us.

I will be at the Planning Committee on Thursday It’s open to the public and starts at 215. If you’re in the area, please come along.