Planting Trees in the Uplands? There’s an idea…. 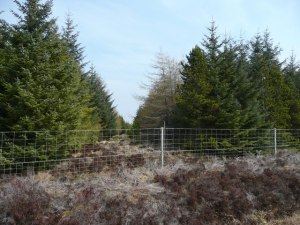 I was so excited at the thought of OPatz going to live in the woods, foraging for mushrooms and curing  badger hams , that I forgot to check what was actually said earlier this week, in relation to flooding and re-wilding.

Here is what Lord Rooker said in the Lords on the 23rd January (my bold): “Weather events happen with or without climate change, let us be clear about that. The national risk register covers the lot. Two years ago, drought was a key crisis. We have to think about the serious volatility of changes in climate. The Thames barrier has a limited life. I had already put this in my notes, and I was really worried when I heard yesterday about the delay. The Thames barrier is sinking, and we are going to wait until 2070 before we start having a look at it. Flood defences are more than walls and dams: they should be environmental as well. I commend to the Government—I am sure that someone has read it—the major article by George Monbiot last week. It appeared first on Tuesday in the Guardian and then on two pages in the Mail on Sunday. True, the latter newspaper used it to attack the EU but the article was the same in both. George Monbiot highlighted the methods for preventing floods that UK scientists have being using for years in the tropics—planting trees in the hills to save and protect communities down stream from flooding. Here, we pay farmers to grub up trees and hedges and plant the hills with pretty grass and use sheep to maintain the chocolate box image, and then we wonder why we have floods where we should not really have them and which we could prevent if we took the advice. Monbiot says that water sinks into soil under trees at 67 times the rate that it sinks in under grass, so why are we not doing that in the UK in areas that we know flood unnecessarily?”

To me, this is not Lord Rooker extolling the wonders of re-wilding. What he is saying is that trees in the uplands are better than grass for soaking up excess rainwater. Nothing to disagree with here. It’s just not an exhortation to re-wild, merely to plant trees. In fact, Rooker’s criticism of landscape management for aesthetics could be seen as equally antipathetical to Monbiot’s dreams of  wild beasts, and more akin to Opatz’ purely utilitarian approach to the land.

This reminded me of another story about planting trees in the uplands. It was Nigel Lawson (he of the Global Warming Policy Foundation) who, as Chancellor of the Exchequer in 1988, did two things. He had created the Lawson Boom, which was bloating to epic proportions in late 1988, thanks to changes to mortgage tax relief. Secondly he abolished Schedule B tax relief on tree planting.

This was a tax avoidance scheme used by celebrities (Terry Wogan and Status Quo were often mentioned, though I suspect the knew little or nothing about it), the rich and powerful, involving planting trees in the uplands, as a tax dodge. Trees were being planted in, amongst other places, the Flow Country of Caithness, one of the UK’s most valuable natural treasures. They wouldn’t grow as it was too wet, but preparing the ground to plant them did irreparable damage to the wildlife and landscape.

The whole fiasco culminated in a bust up between the Nature Conservancy Council and OPatz’ late uncle-in-law, the previously most awful Environment Secretary Britain has ever Seen, Sir Nick Ridley (now relegated to second place on this particular league table). You can guess who won.

To me this indicates that wherever large scale Government-supported tree planting schemes are waved around as a panacea for something, beware of the law of unintended consequences.

UK conservation professional, writing about nature, politics, life. All views are my own and not my employers. I don't write on behalf of anybody else.
View all posts by Miles King →
This entry was posted in flooding, Forestry, Forestry Commission, Owen Paterson, rewilding, uplands and tagged Afforestation, flooding, Flow Country, George Monbiot, Lord Rooker, Owen Paterson, re-wilding. Bookmark the permalink.

8 Responses to Planting Trees in the Uplands? There’s an idea….