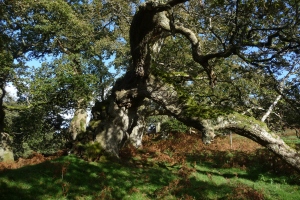 Continuing on my theme for this week, which is about Biodiversity Challenge 20 years on, today I’m looking at what BC did for species conservation in Britain.

As I said yesterday, before Biodiversity Challenge and the BAP, species conservation in Britain focussed on Birds, a few mammals only the most charismatic of other species. And the approach was very, very site-based. Conservation priority was based primarily on absolute rarity – how many 10km squares a species occurred in; and how pretty it was.

I worked at BBONT (now BBOWT) before I went to Plantlife and was lucky enough to have 2 military orchid sites and a Red Helleborine site under my responsibility. These very rare orchids got a great deal of attention – indeed orchid wardens would spend the summer in rickety old caravans on site, to stop orchid thieves stealing them. Actually there werent really any orchid thieves, but there were hundreds of photographers some of whom werent too fussed about the damage they caused, to get the best photo. So the wardens were visitor managers really.

Meanwhile other species that were rapidly disappearing from England – Blysmus compressus the Flat Sedge, or Carex vulpina the True Fox sedge, were paid little or no attention.

Biodiversity Challenge changed all that, by introducing the 4 criteria for conservation priority-setting – global threat, international importance, rate of decline and absolute rarity.

Pulling together data and expert opinion we compiled the short list of priority species, the middle list and the long list. There were many arguments about which species should be on which list, but we tried to be as objective as possible, and added weight to global threat and rate of decline. Thanks to increased funding for species conservation, from English Nature, CCW and SNH plus other sources, the NGOs started to broaden their approach to species conservation. Butterfly Conservation were particularly good at raising funds to widen their species work. I think the success of BC also spurred others into action to create new organisations – Buglife for instance, founded by Alan Stubbs who played such a key role in the early days of Biodiversity Challenge.

The priority list was originally I think about 300 species. Each species had a Species Action Plan produced for it and these were implemented, to a greater or lesser degree, depending on funds.

After I left Plantlife I worked on implementing SAPs for Shore Dock and Juniper, both priority species. For shore dock it was relatively straightforward, a case of doing more survey, finding more locations and getting them protected. As a habitats directive listed species this was quite easy, although we still failed to stop one site being partly destroyed by a hotel insisting on a soft cliff being rock-armoured to prevent erosion (that was probably being caused by run-off from the cliff top tennis court). For juniper, the opposite was true. There were so many intractable problems with conserving juniper in England and it was going down the pan so fast, it was like a slow motion car crash. Juniper expert Lena Ward and I re-surveyed Juniper in Sussex – it was my only  published scientific paper. The decline was staggering and no matter how effective a SAP for Juniper was, it wasn’t going to stop that decline.

Once the ground had been prepared by Challenge, the official BAP process came up with “Lead Partners” “Contact Points” and “Champions”. The Lead Partners were statutory agencies, contact points NGOs and Champions were sponsors. I have to say from my perspective this never really worked. NGOs who did most of the hard work resented being called contact points, while some Lead Partners were anything but, and only the most charismatic species gained Champions. Plus ca change. Having said that Scottish Link have done a very successful mini campaign getting MSPs to sign up to be species champions for priority species in Scotland. This is clever, as it draws in political engagement and even a sense of ownership, which is totally essential for any conservation activity.  Even now the Splendid Waxcap has so far no MSP champion – fungi are as ever at the bottom of the priority list, despite being probably the most important group from an ecosystem perspective.

Now, 20 years on, we have a legally constituted Section 41 (or S42) list of species of principal importance – with over a thousand species on it. This list is by no means perfect. Invertebrate experts have pointed out to me that there could easily be five times as many inverts on the list as there currently are, based on threat and decline. Indeed it came as news to me that some of the inverts are there to represent a whole group of species; something that has not really worked. The failure to create a meaningful biodiversity duty as a tool to implement action for priority species has also mitigated the value of the list. I actually think the S41/42 lists are too long now, as the task is now so insurmountable as to be demoralising. The original short list of 300 or so I think would have been the right sort of size to aim for, for political reasons.

Nevertheless I think it is true to say that BC changed the face of species conservation in the UK.